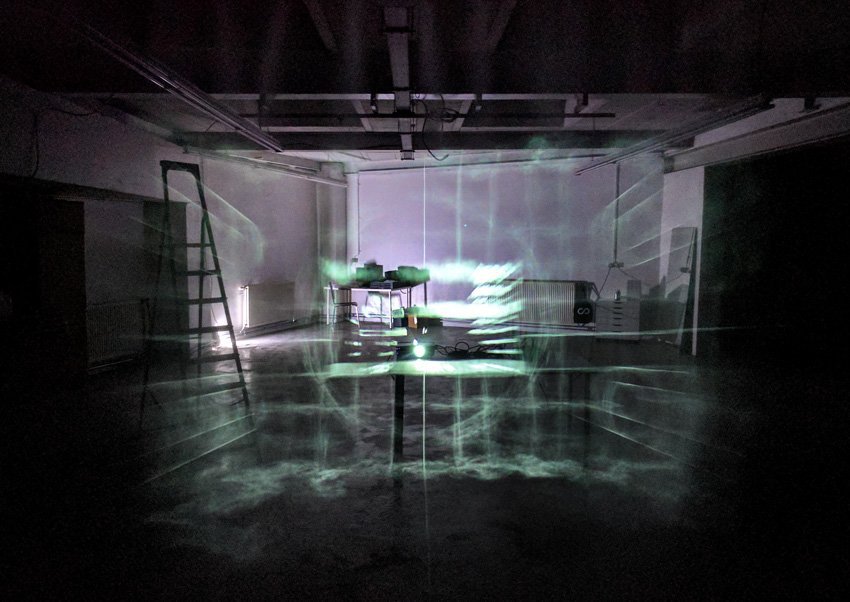 Ever since seeing Princess Leia’s floating hologram in Star Wars, artist Joanie Lemercier has worked to design and realize animations that appear to float in mid-air. His latest experiments are reminiscent of the interactive computersused in the movie Minority Report, but also include one of the most impressive ghost effects we’ve ever seen.

Instead of relying on mirrors and perfectly polished glass to create holograms—techniques Lemercier refers to as “cheap tricks”—the artist has developed a screen made up of invisible mist by pumping water through a series of custom nozzles.

His “no-lograms”—so named to differentiate them from holograms which are most often just two-dimensional illusions—can fill an entire space with three-dimensional images created using high-powered video projectors. To add interactivity, Lemercier uses depth sensors and image analysis of a live video feed to track a user’s movements. This allows someone standing in one of his no-lograms to move objects around without actually being able to touch them.

These sensors also let Lemercier create his impressive ghost illusion, which is made all the more creepy by the swirling motions of the water droplets in the air. The next time Disneyland upgrades its Haunted Mansion ride, they should reach out to Lemercier.