In what just might be the wildest thing anyone has ever built with Lego, the company behind the bricks has built a full-size, drivable model of the Bugatti Chiron supercar.

Built partly as a passion project amongst Lego’s creative team and partly as a promo to show off at the Italian Grand Prix, the model’s final piece count clocks in at over one million Technic pieces.

(Technic, for the unfamiliar, is Lego’s line of interconnecting rods, gears, axles, motors, and other parts a bit more complex than the bricks and blocks the company is best known for.)

Lego says that all in all, the build process took just shy of 13,500 hours. They started brainstorming back in June of last year, with actual construction beginning in March of 2018.

To be clear, it’s not entirely Lego – there are some components that just can’t be replicated in plastic when dealing with something that all together weighs over 1.5 tons. For example, there’s a steel frame (pictured below), a pair of batteries, some 3d printed gears, and the whole thing sits on top of actual Bugatti wheels. (Related fun fact: Lego is technically the world’s biggest producer of tires. Just… you know, tiny ones.) 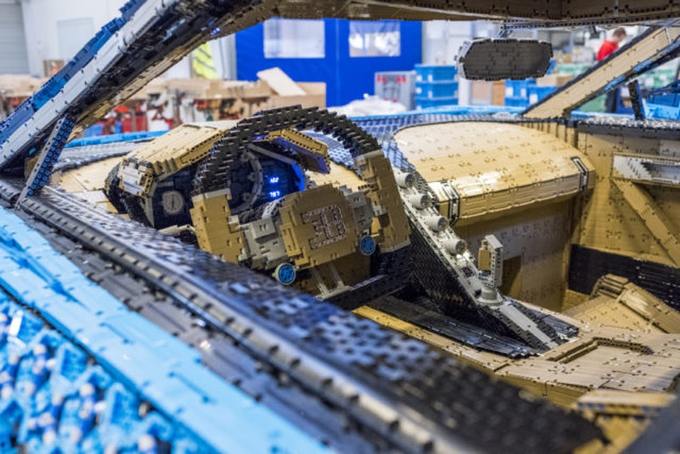 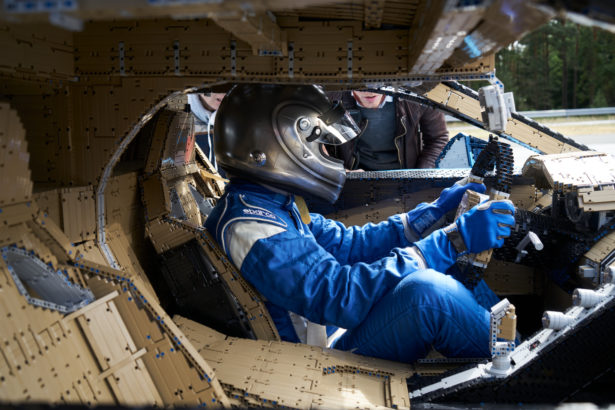 Wilder yet, this thing moves. It’s not going to keep up with an actual Chiron with its 250+ mph top speeds, obviously – but the company says it got the model up to around 13 miles per hour for the video above, and says that it theoretically tops out at around 19 miles per hour. Not bad for a car made out of toy parts and powered by a bunch of plastic motors.

Speaking of which, this thing has over two thousand Lego Power Function motors in a massive array, giving it a total theoretical horsepower of 5.3. 24 motor “packs”, each made up of 96 individual Lego motors, hook into a steel chain that drives the wheels.

It’s got a bunch of other fun tricks for good measure:

Is it silly? Perhaps. Is it kind of amazing? Absolutely. Alas, for anyone thinking of doing something like this without the practically unlimited Lego armory this team has access to: at a retail price of around $30 each, the motors alone would cost you over $70,000.