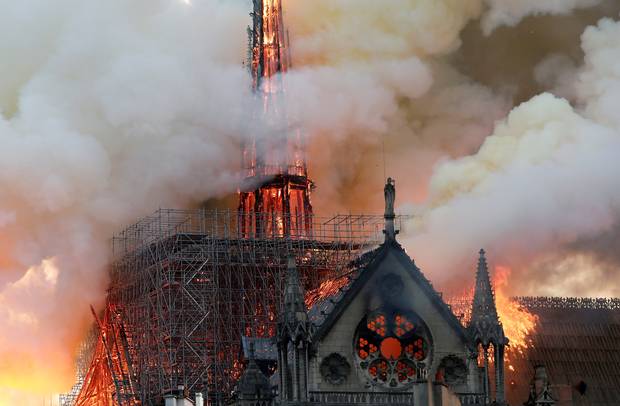 Notre-Dame de Paris may have been damaged by the fire on 15 April 2019, but the French government is determined to rebuild her. It may have a resource from an unexpected source: none other than the quasi-historical stab-athon, Assassin’s Creed Unity.

The Assassin’s Creed series uses real places as the settings for its story of two gangs of murderers taking it in turns to slice each other up. Whatever else you can say about the games, the developers have obviously put a great deal of research and time into the recreations of real world locations — to the point where they included an exploratory mode in AC Origins called Discovery Tour (or Magic School Bus Mode, as I like to call it) where players can leisurely view and examine all the historical details in the game.

Now that research may help the restoration of Notre-Dame. President Emmanuel Macron has publicly stated his intention to rebuild the church, but the architects will need a great deal of information in order to restore it to its former glory. And that’s exactly what Assassin’s Creed: Unity provides.

Even series fans tend to forget about Unity. It fell into that grey area between the stealthier games from the Auditore/Kenway era and the more action-y, RPG-ish games like Syndicate and Origins. It’s most notable for, at the time, getting raked over the coals for its bugs and its over-reliance on phone apps to assist gameplay. But it still held to one series standard, in that it did beautifully recreate Revolution-era Paris.

Notre-Dame was of course one of the game‘s most important landmarks, and naturally protagonist Arno Dorian had to be able to climb and parkour all over it to his heart’s content. An early in-game mission even requires him to case the place to prep for a stabbing. One of the game‘s level artists, Caroline Miousse, spent two years modeling the cathedral in Unity, telling The Verge it was 80 percent of her work on the game. According to the report, “She pored over photos to get the architecture just right, and worked with texture artists to make sure that each brick was as it should be. She even had historians help her figure out the exact paintings that were hanging on the walls.”

Miousse even had to add the cathedral’s iconic spires, in spite of the fact they didn’t exist at that point in history, simply because the building felt wrong without them. Point being, the in-game Notre-Dame is about as close to the real deal as it was possible to get when the game was released in 2014. It might be one of the most detailed resources the architects doing the work will have.

Of course, we don’t yet know if Ubisoft‘s work is actually going to be used to help the restoration. The blaze is barely cooled, and I’m sure rebuilding will take some time even to get off the ground. Here’s hoping the French people will be able to use the data at their disposal to make the cathedral just as beautiful as it was.